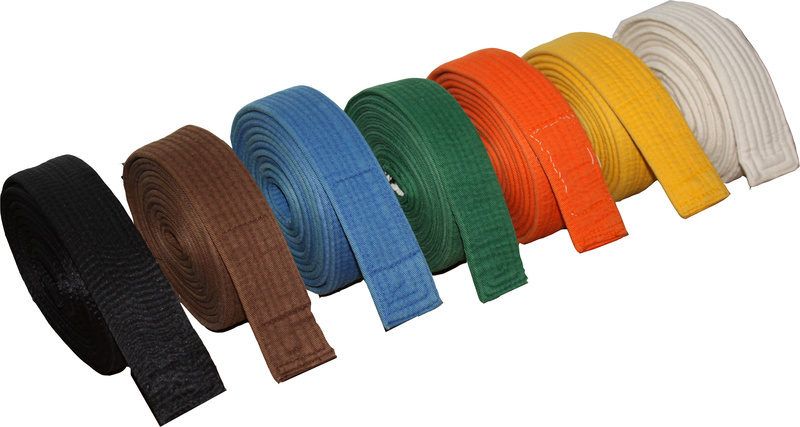 In my last posting I spoke about how senior players should randori with beginners. I belong to the school of thought that senior player should neither go soft and let beginners throw them about nor should they spend the randori correcting the beginner. Rather they should use randori to do randori.

This doesn't mean a black belt should throw a white belt around all of the time. Once in a blue moon, it's not a bad thing for a beginner to experience a tough fight where the senior player goes a little harder than usual. But for the most part, the senior player should adjust their levels to suit their partners. Usually, to just one level above.

For example, if I'm a black belt and I'm doing randori with a yellow belt, I should adjust my level to that of an orange belt so that it's just a bit difficult for uke to throw me. If that uke is an orange belt, then I would adjust my level to that of a green belt. And so on. It's counter-productive if a black belt fights a yellow belt like he's fighting another black belt. Completely dominating uke and not giving him any chance to attack is a waste of both players' time.

In the same vein, it's also counter-productive for a black belt to turn himself into a white belt when fighting a beginner. Going soft and allowing your partner to knock you down at will during randori doesn't teach him anything about throwing a resisting partner, which is what randori is supposed to be about. It's not randori when you're not resisting.

It's also not randori if you're teaching, so don't teach during randori. Teach before randori and teach after randori. But not during. Beginners get enough instruction during a typical judo session. There needs to be a time for them to explore and try things without someone constantly interrupting them and pointing out their errors. They get enough of that during uchikomi and nagekomi. Let them play judo during randori.

← Judo Concepts, Lesson 18: 3 types of partners to randori with