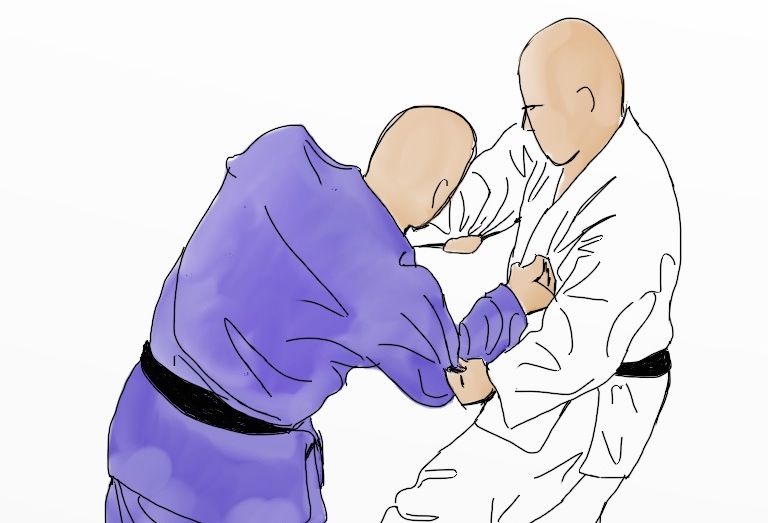 In my last posting, I wrote about purposeful randori. In this posting, I'm going to talk about situational randori. This is when the coach restricts randori to a certain scenario only.

For example, ashiwaza randori is when players can only use foot techniques during the randori. You could further limit that to smaller ashiwaza, meaning big leg throws like uchimata, osoto-gari and ouchi-gari are not allowed.

The purpose of doing these restricted forms of randori is that it will force players to try stuff they might otherwise not try. Ashiwaza is something a lot of beginners don't like to try because they don't yet have a good feel for judo and as such, they have great difficulty pulling off ashiwaza, which is very timing based.

If left to their own devices, they may never try it. So, you do things like ashiwaza randori to force them to try it.

Other examples could be one-handed randori. Sometimes, you have to fight one-handed because either you can't get two hands on the other person or one of your arms is injured. One-handed randori forces players to be creative and find ways to try to throw or fend off throws using one hand only.

I think you get the drift. If you want players to learn a specific skill set, using situational randori really helps.