Judo Concepts, Lesson 23: How to analyze a video clip 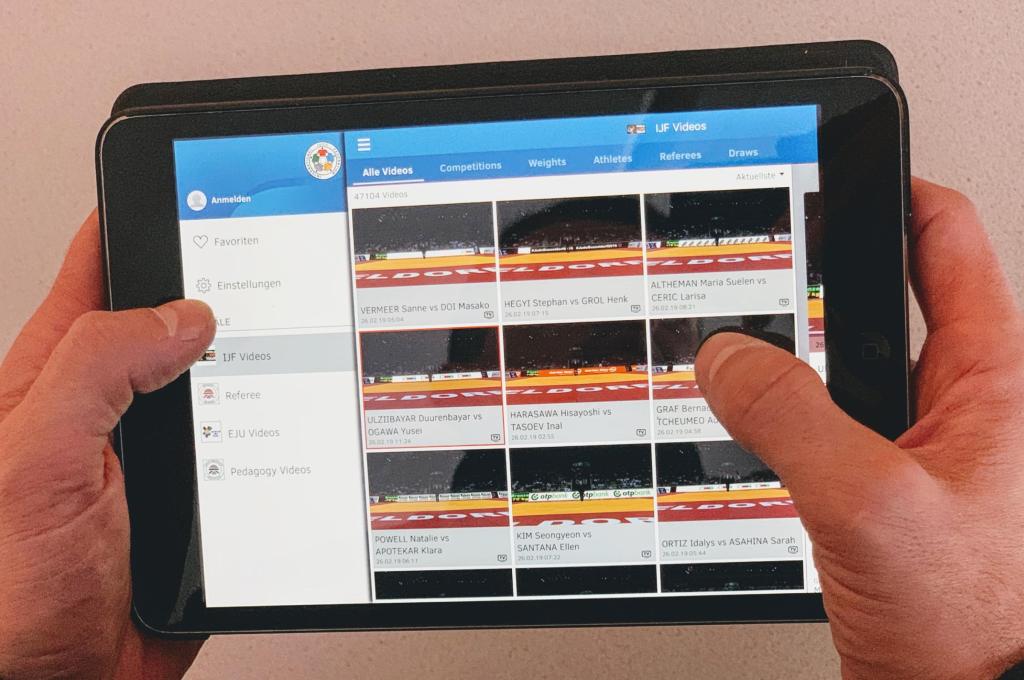 One thing I noticed after interviewing many judo players is that those from very strong judo nations tend not to watch so many judo videos whereas those who come from countries where judo is not so strong, tend to watch a lot of judo videos.

The reason is obvious. If you're from a strong judo nation, there's a lot of institutional support and good coaching, as well as sufficient training partners, training opportunities and competitions. All these combined give you everything you need to develop your skills in judo. But if you live in a place where there's very little judo, you're pretty much left to your own devices. In such circumstances, video is the best resource for you to learn things.

In order to benefit from video analysis, you have to learn how to "break down" a throw. That is, disassemble it to its various constituent pieces. If you pay careful attention, there are tons of information to be gleaned from watching a famous player do his moves.

When I first trained to be a competitor, my coach gave me a video tape of Koga to watch and analyze. He told me to watch how Koga gripped his opponents, how he entered into the throw and to pay special attention to how straight his legs were when he entered into his famous seoi-nage. I must have watched that video dozens of times. And the amazing thing was, each time I watched it, I learned something new.

That was probably because I was new to video analysis and didn't really know what to look out for. Over the years, I got better at it and would need to view a video clip several times in order to glean some insights from them. It didn't require dozens and dozens of viewing anymore.

Let's say you want to learn how a particular player does a particular technique. Here are some best practices:

a) Don't just watch just one or two examples of that player doing that technique. Watch multiple example and try to identify trends or things that that player does in setting up the throw. Take for example, Takato's unique style of ouchi-gari. If you watch enough of them, you'll notice he only does this technique under very specific circumstances (against left-handers who are trying to push his head down). If you notice that, try to understand the reason why.

b) Pay particular attention to grips. How does he grip whenever he wants to do this technique. You will notice a familiar pattern to the gripping. Again, try to understand why.

c) There will be times when the technique fails. Watch those as well and try to understand what went wrong. What as different about this attempt that caused it to fail? Doing this will allow you to isolate the key success factors.

d) Try to look out for variations. Sometimes those differences are very subtle but they are significant. Understanding the variations (when they are used and why the variation are necessary) will give you a better grasp of the technique.

e) It is usually helpful to watch the technique in slow motion. If there is no slow motion replay of the clip available, you may have to download the clip and slow-mo it yourself using a simple video editing program. When I was a student there was no digital videos yet, only VHS cassettes, and I had to use two VCR machines to make slow motion loops of Koga's throws just so I could study them properly!

f) If the player if left-handed but you are right handed, you might have to flip the video so you can better visualize how it works from a right-handed perspective. That's easy to do if you use a video editing program. I'm usually able to transpose left to right in my head when it comes to tachi-waza but with newaza it's a lot harder to visualize, so when I'm analyzing a complex newaza move done by a lefty, I would usually flip it using my video editing app.