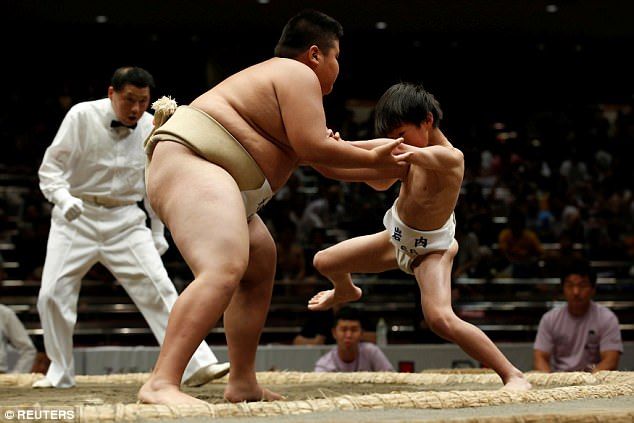 In 1994, when I was a university student in the USA, I was invited by the Malaysian Judo Federation to return to Malaysia for the Nationals. To my surprise, I found out that not only was I registered to compete in the -60kg division, I was registered for the Open division too. Today, the Open division no longer exists but back then, it was a normal part of a championship to have a division where weight classes don't exist.

I won the -60kg division and decided to give my best for the Open. I defeated the defending Open weight champion who was also the -86kg champion and I even defeated the +100kg champion on the way to the final. There, I lost by hantei (referee's decision) to the -78kg champion. There was no Golden Score back then. When scores are even (we had a yuko each), the referees would decide the winner.

I ended up with a silver, which was still a pretty good showing considering I was the lightest player in the category. But I also injured my knee in the process and ended up having to go to the hospital immediately after the competition. Based on my good results, I was chosen to be the sole Malaysian judo representative for the 1994 Asian Games in Hiroshima, the month after, but my leg injury required me to withdraw from that competition.

What I learned from that experience is that when you try to defeat bigger players, you are likely to get injured. You might throw them but the price you pay could be a steep one. This is true even for randori.

First of, start by telling yourself your priority in this randori with the bigger player is to stay safe. Don't try to throw the bigger player using your established techniques. The bigger player will just end up crushing you, even if they don't mean to. Instead, focus on safe things you can do like strategic gripping. moving uke around, and trying to catch them off balance with ashiwaza. Also look for safe countering opportunities. Ashiwaza counters are always good to use against bigger players. Sacrifice counters are not. Don't even think of doing tani-otoshi or ura-nage on a bigger player. That would be a suicide mission.

Remember, when you randori with a bigger player, your aim should not be to try to do your usual techniques. Save that for players your own size. Your aim should to practice your gripping, movement, footwork and timing. And stay safe doing so, so you can fight another day.

Judo Concepts, Lesson 17: How to randori with beginners →